With the release of new expansion “Goddess Awakening”, “Realm of Sages” has also been revealed. Pay a visit to Velez (530,750) in Gobi Desert to get teleported to the new map.
Realm of Sages is divided into two main parts:
[Silent Land] is guarded by faithful Servants of Goddess where killing is forbidden.
This land abounds with various Sacred Tributes which are required items to awaken the Goddess and get Gift bonus enhancing your HP, Stamina, Attack, and Battle Power.
[Mad City] is filled with terrible crimes and dangers. No one will be punished for killing in there.
High risk is accompanied by high gain. There are more precious gears, gems, and treasures for brave explorers. Bosses in the city are said to drops 30* Divine Eudemon, rare scraps, and EPs!
New bosses, new map, new combat and reward distribution makes immersive hunting experience. Thousands of heroes will be united against thrilling BOSS at the same time and share tons of rewards! 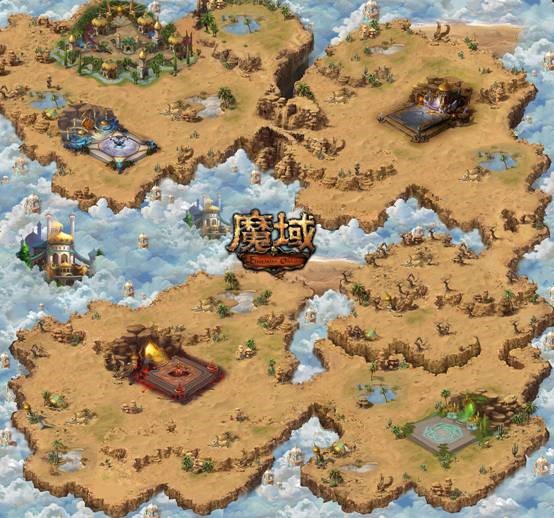